Home
Dogs
My dog sleeps a lot: is this normal?
Prev Article Next Article

The dogs devote a large part of their time to rest, as usual, and differences can be observed according to their lifestyle and their age in particular in the level of the dog’s sleep, at night or during the day. But, if it gives us the feeling that our companion is sleeping more than usual and that we detect other symptoms such as lack of appetite or sadness, we may find ourselves facing a pathology that will require the intervention of the veterinarian.

If you’ve come all the way wondering why your dog sleeps so much and if it’s normal for a dog’s sleep, read the rest of this article My dog sleeps a lot: is it normal? from Bright-Pets and we’ll explain it all to you:

My dog sleeps a lot: is this normal?

If our dog sleeps a lot and we wonder what it is, the first thing to do is to check that the sleep periods of the dog, night and day, are really abnormally long. Normally, dogs spend about half their time sleeping. This does not mean that during all these hours the dogs are in a deep sleep, because they will alternate other phases of light sleep in which they will be awake.

The body posture they adopt can give us an idea of when they are sleeping. For example, a dog lying on its side or sleeping in a ball is usually in a deeper sleep than when it is placed lying on the sternum with the front legs bent.

Puppies sleep much longer at birth. As they get older, their sleep hours will be closer to those of adults. However, as dogs get older, it is normal for them to spend more time sleeping and their sleep patterns to change.

If a dog sleeps for several hours and falls asleep in situations where it is strange for us to do so, he can suffer from a condition called hypersomnia. It seems that this problem has a genetic basis and has been identified in breeds such as the Labrador retriever, the Poodle, the Beagle or the Miniature Pinscher.

My dog sleeps a lot in winter

Dogs’ sleep patterns are maintained, with slight variations, throughout the year. If our dog sleeps a lot in winter and we wonder what it could be, we can find an explanation in our own behavior.

The coldest months of the year usually coincide with an unfavorable climate, which makes us spend more time in the house. When we are at home, it is normal for our dog to accompany us and spend more time at rest. However, if we notice other symptoms, we may be faced with a pathology.

My dog sleeps a lot when it’s hot

And if in winter the fact that our dog sleeps a lot could be normal, the same goes in summer. In the months of higher temperatures, it is not strange that we notice that the dog sleeps a lot when it is hot. They also tend to lie down in cooler places like bathrooms or tiled kitchens. The typical posture is one that allows the abdomen to come into contact with the ground.

In these cases, we will notice that the dog will be more active early in the morning and late in the evening, at the coolest time of the day. It is also possible that in this situation the dogs eat less. Again, the detection of other symptoms could be a manifestation of pathology.

My elderly dog sleeps a lot

Another situation in which the dog’s sleep time can be physiologically increased is old age. In these cases, if our dog sleeps a lot and we wonder what it is, the answer could be cognitive dysfunction syndrome. It is a brain disorder that resembles Alzheimer’s disease in humans.

Affected dogs exhibit behavioral changes, may urinate at home, become disoriented, exhibit stereotypical behaviors, or suffer from sleep disturbances so that they sleep more during the day and less during the night . It is necessary to go to the veterinarian because before diagnosing this disease, it is important to exclude other diseases which are also common in older dogs.

my dog ​​sleeps a lot and is sad

If our dog sleeps a lot, it may also be due to a psychological problem. If the dog sleeps a lot and is depressed, although it is always necessary to first eliminate a physical cause, we cannot forget that it is possible that he is going through a depressive situation. A dog that sleeps a lot and does not play as usual can be discouraged by boredom, isolation, loneliness, lack of attention, sudden and frequent changes in its routine, etc.

In addition, if we have just adopted a dog and it sleeps a lot and is depressed, it is necessary to know if this dog underwent mistreatment or an early separation from its mother being a puppy. There are also genetic causes, although they are in the minority. These dogs, in addition to drowsiness, will be listless, have no appetite or will not respond to interesting stimuli. They will need veterinary treatment, first to establish a diagnosis and eliminate the physical causes, then to modify the animal’s routine and living conditions.

My dog ​​sleeps a lot and eats little

Drowsiness, lethargy, listlessness, fever and anorexia are symptoms common to many diseases. Therefore, if, apart from situations like the ones we have explained, our dog sleeps a lot, it may be due to a pathological process, where we will have to go to the vet. For example, viral diseases can cause such a clinical picture. This is especially worrisome in puppies as they are more vulnerable, have a weak immune system and are more likely to suffer from more serious illnesses.

My dog ​​sleeps a lot and vomited

Finally, if our dog sleeps a lot, it may be due to poisoning (very rare case). Ingestion or contact with toxic substances is capable of triggering a clinical picture which leads the dog to a state of drowsiness and even shock. If the dog sleeps a lot and trembles, has nervous tics, vomiting, diarrhea or neurological alterations, we must quickly go to the veterinarian, because we could be intoxicated by the dog. Treatment is essential and the prognosis reserved. 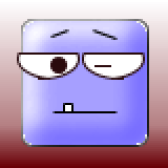